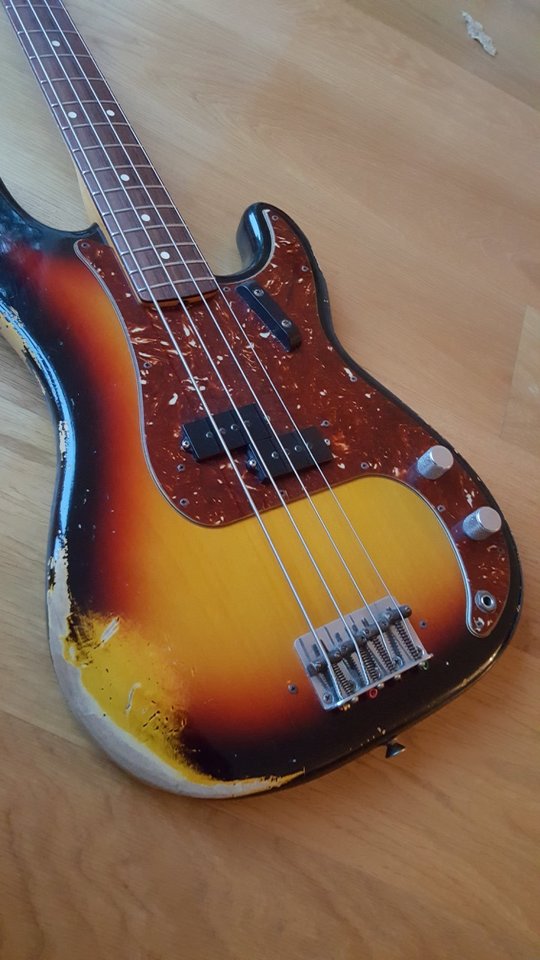 If my other basses are sold, I will definitely withdraw this from sale!

1964 was an especially great year for the Precision Bass, which provided the foundation groove on so many great Motown, Stax, surf and other cool records of that era.

The Fender Custom Shop celebrates the 50th anniversary of that year's model by recreating the '64 Precision with a beautiful heavy-relic three-color sunburst finish and the very sought-after "L Series" neck plate.