1. The first time POWER is turned ON, the AB LEDs will scan from left to right, one at a time. This indicates the amp is in WARMUP mode which happens only once after POWER is first set to ON.

a. If you turn the POWER to OFF and then ON again (ie cycle power), WARMUP mode will start again.

b. When in WARMUP mode, the LEDs will scan indefinitely until taken out of STANDBY (switch is set to ON).

2. It is recommended to leave the amp in STANDBY (switch set to OFF) for at least 1minute to allow the tubes to warm up (from cold).

3. When the amplifier is in STANDBY (switch set to OFF), the tubes are off (no high voltage is present) and the bias adjustment process is paused.

4. When the amp is taken out of STANDBY (switch is set to ON) the AB will start the tube bias process and all the LEDs will begin to blink together.

a. This can take several seconds to start the process after the switch is changed, and if in WARMUP mode the LEDs will continue to scan left to right. Note: WARMUP mode will prevent the bias adjustment process from occurring if less than 1minute has elapsed from the time POWER switch was set to ON.

b. Each LED will continue to blink until the tube as reached the correct bias and will stop blinking and be solid GREEN (=OK). Bias adjustment is complete when all tubes are solid GREEN.

c. Each tube is biased independently so some may take longer than others. Matched tubes are the most likely to take the same amount of time.

d. It is typical for the entire bias process to take 20-30sec, but sometimes longer up to 1min. This is normal. Generally the bias adjustment time is shorter the longer the amp has been on.

e. It is not uncommon for a tube(s) to make another adjustment again (blink for a few seconds) shortly after being solid the first time. This is normal as the actual warm up time can vary slightly from tube to tube.

5. When the amp is placed in STANDBY (switch is set to OFF) the high voltage is disconnected. It can take several seconds for the tubes to turn off and then AB pauses processing.

a. On the 100T, when in STANDBY the LEDs will be solid and not blink (except during initial WARMUP mode). The LED color will display the last known status before the switch was changed (GREEN = OK, RED = bad, etc)

6. It is recommended to wait ~1min or to observe the LEDs start blinking and then stop before playing the amp every time the amp is taken from STANDBY (switch is set to ON) or switching POWER from 100W > 25W or 25W > 100W.
There is no bias adjustment period between 25W and Silent.
Zum Vergrößern anklicken....

Point B above peaked my interest . "When in standby ....the LED's will scan left to right indefinitely" . My 100T LED's have never scanned indefinitely while in standby. They cycle for 60 seconds and then go solid green. I then take it out of standby (standby on) and then wait another 60 seconds before playing. This is true even after my most recent repair. So does this indicate a continuing issue with my amp if it doesn't scan indefinitely while in standby?
Zum Vergrößern anklicken.... 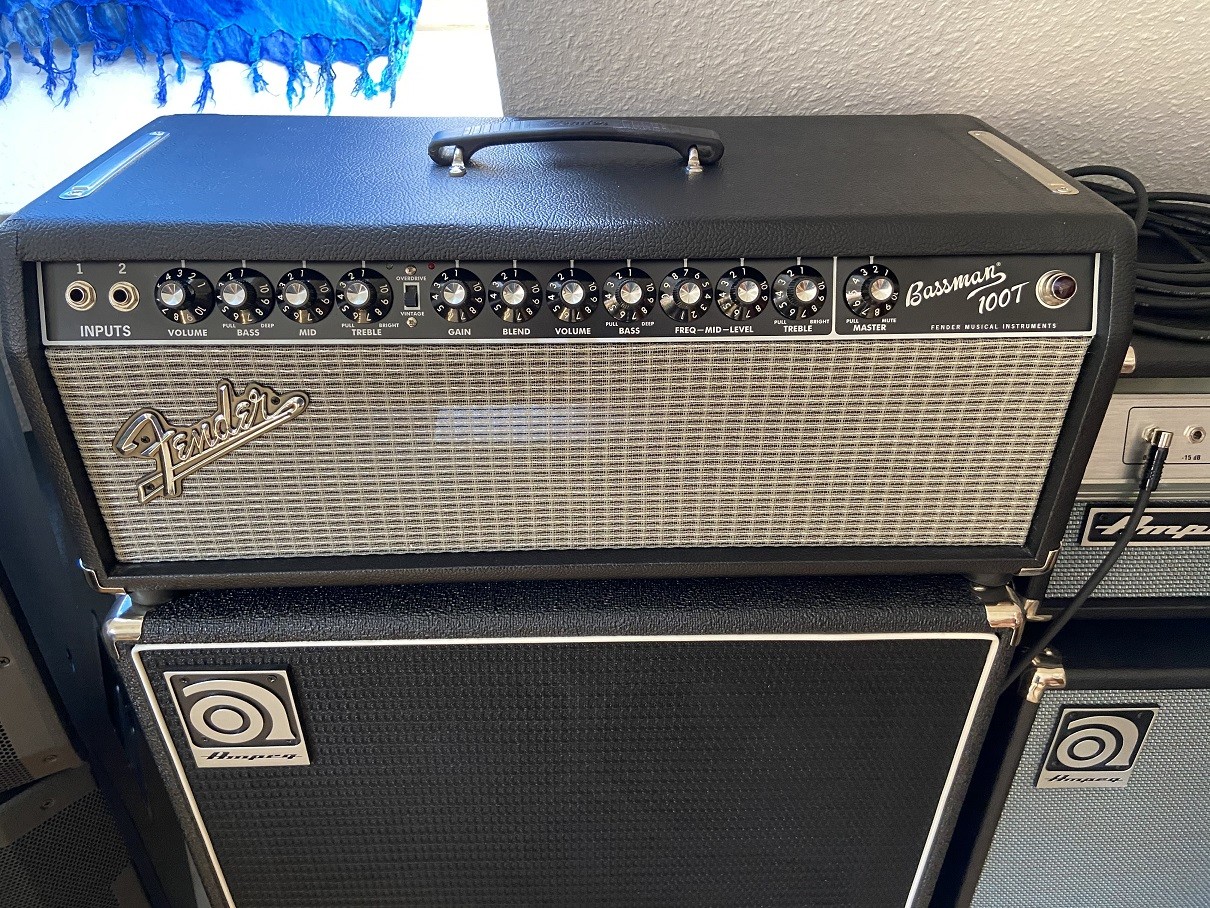