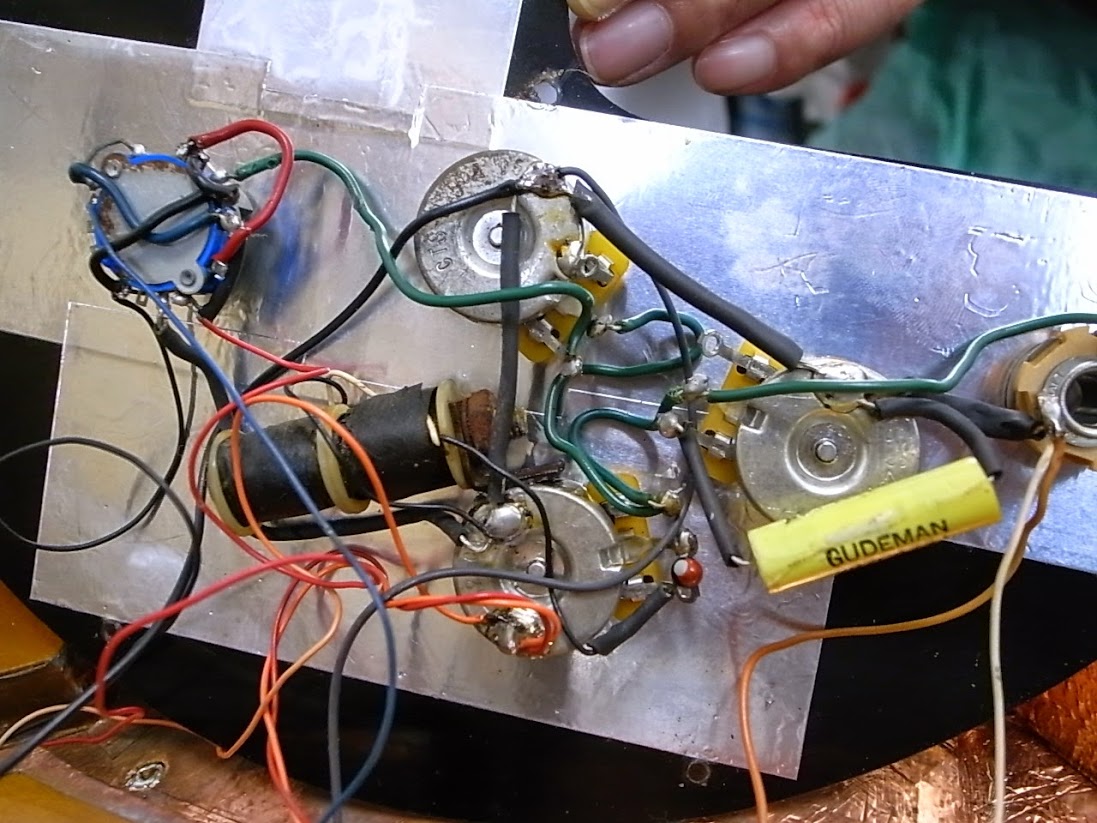 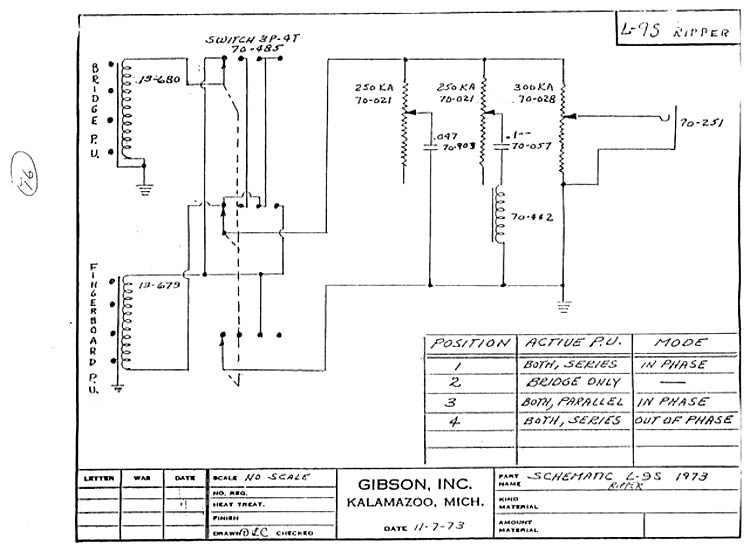 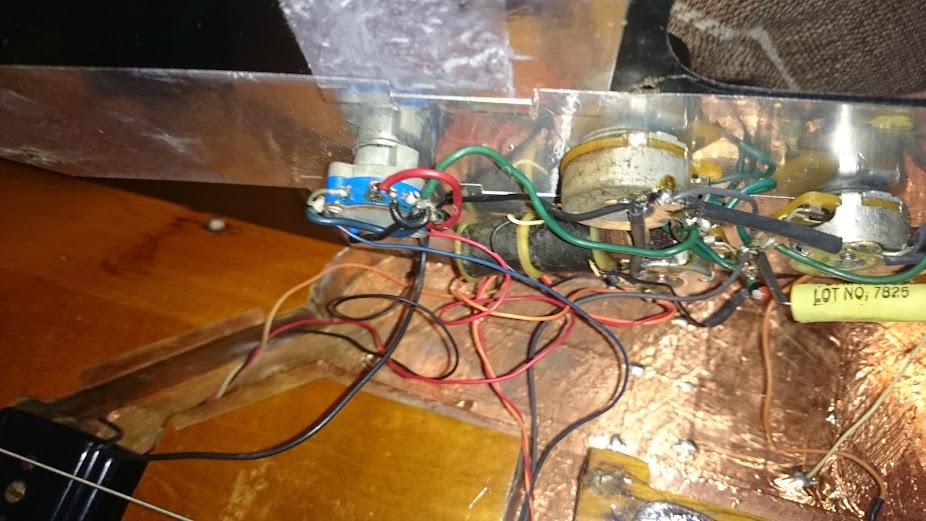 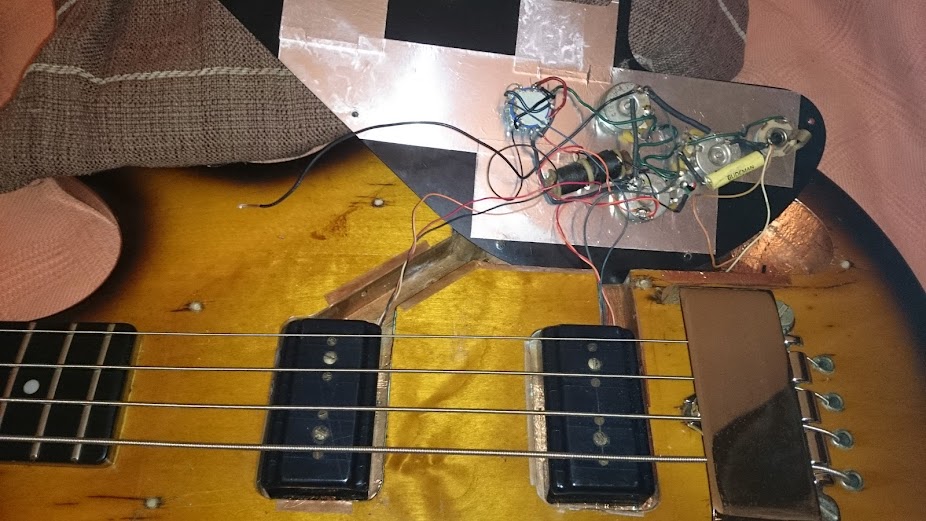 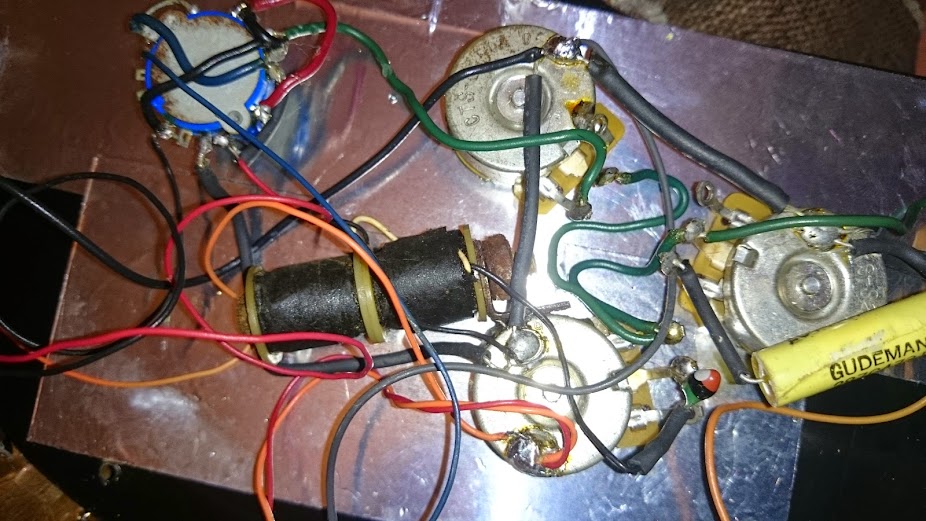 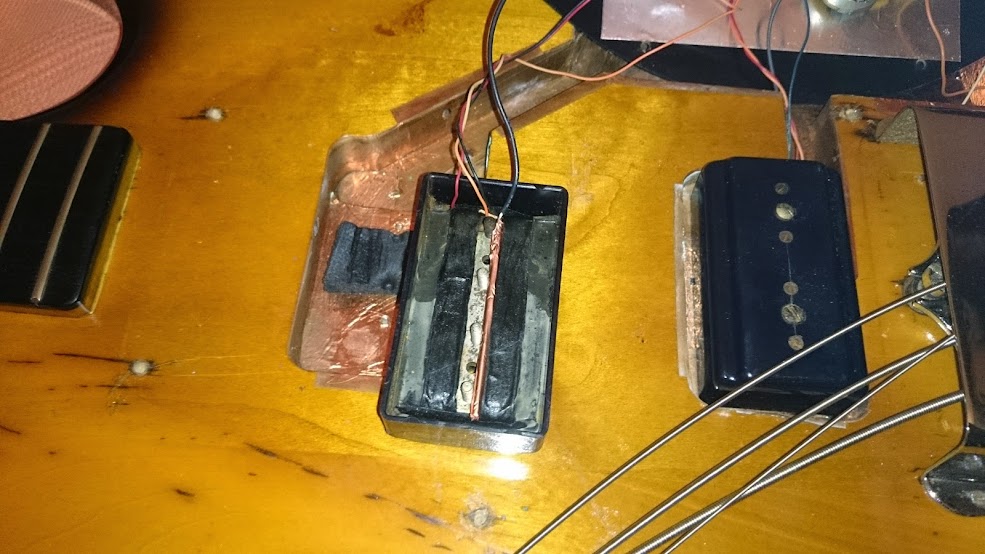 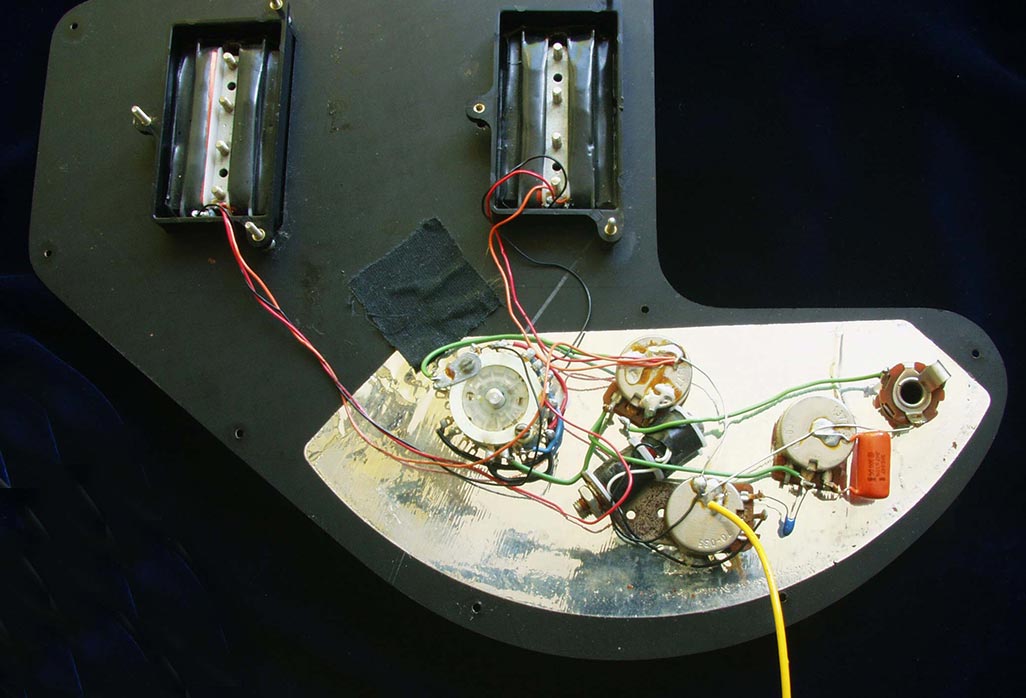 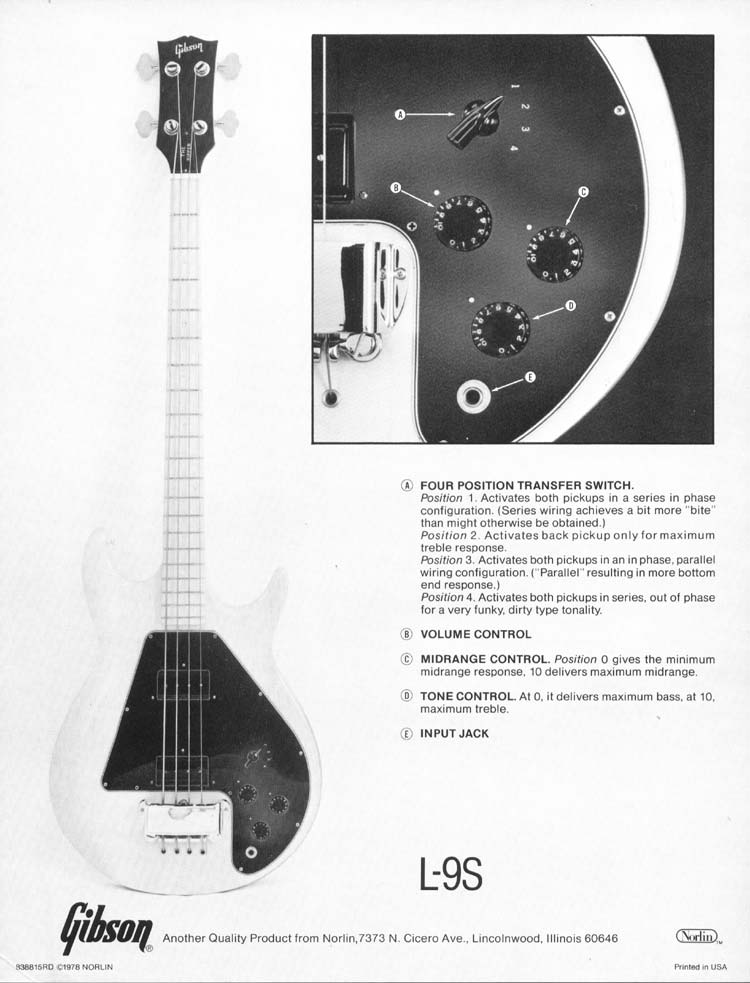 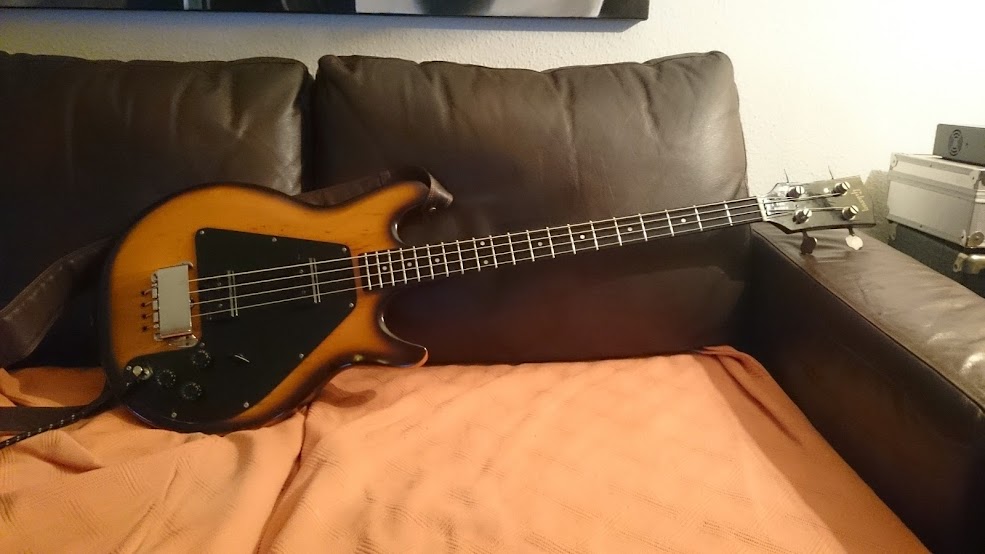 Queen of the Bottom, Bitch!

For now lets focus on these Chokes. This system was invented by Bill Lawrence and is more properly called a "Q Filter". Bill still sells a version of this system on his web site. Here is what he has to say on the subject. 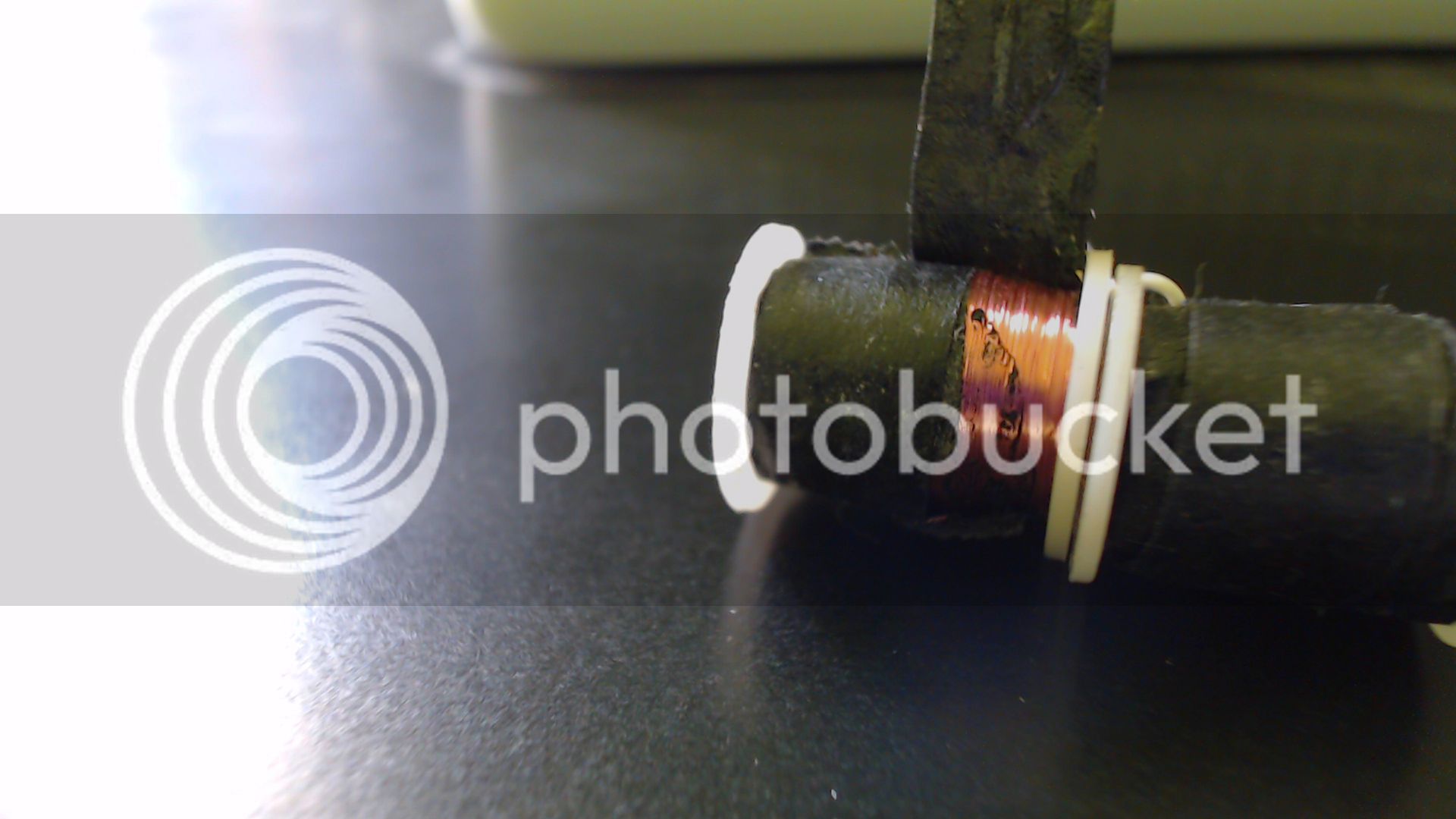 "The Q-Filter is an LCR network - a 1 henry, low Q noisefree inductor in series with a .02 micro farad cap in parallel with an 8 kilo ohm resistor. Wired like a cap to a tone pot, you can gradually decrease the impedance of the circuit but maintaining a slightly higher impedance below 1100 Hertz. Also available without the cap and the resistor to gradually decrease the impedance of the pickup.

The EQ system is the most versatile system to alter the sound of a guitar and can be used for multiple functions. The basic components are a 900mh low Q inductor in series with a capacitor and a variable resistor (tone pot). We used to ship it as a complete pre-tuned unit to replace the cap at the tone pot, limited for one basic function. However, in conjunction with different pickups in different positions, it's much more versatile when the inductor is separated from the cap, like [shipped now]. In the past, this caused severe problems when players used the wrong caps and resistors, especially when the EQ was wired to a switch only. The system must be wired to a control or you totally limit its functions, as follows:

Function A - the L Filter - the inductor, wired like a cap to the tone pot.

Function B - the EQ Filter

Here are some of the options you have with a volume and tone control with push pull.

All it takes is a different resistor to change the function."
Zuletzt bearbeitet: 20. Januar 2015

Queen of the Bottom, Bitch!