Only the second one has a full carbon neck, as far as I could see. The one from ebay-Kleinanzeigen has 90-10 wood/carbon neck

You are 100% right.
I remembered the bass differently

SGL schrieb:
Hi everyone, I’m looking to buy a Vigier with full carbon Neck (4/5 strings). Preferably in a nice color. Happy to hear offers if you have any
Zum Vergrößern anklicken....

Interested in a blue/silverburst Series 2 4 string? If yes, then please send a pm.

Thanks, yes I wrote you in private
G
Gast77260
Guest
Moin zusammen,

There is brass below the fingerboard on my fretless arpeg. 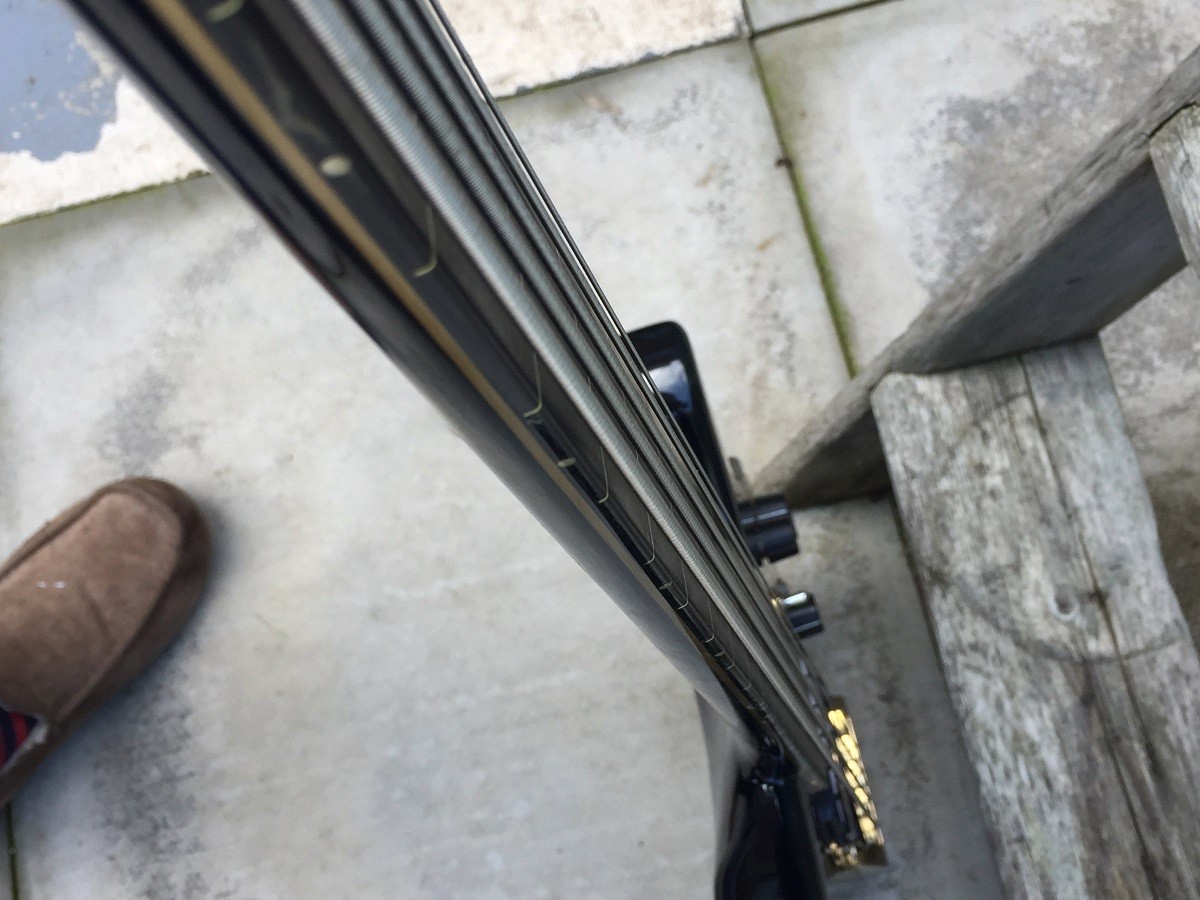 kodiakblair schrieb:
There is brass below the fingerboard on my fretless arpeg.

I think you will find it on every Arpege and Passion Model, fretted and fretless.

kodiakblair schrieb:
[QUOTE = "Ray Mahogany, post: 17009602, member: 19013"]
I think you will find it on every Arpege and Passion Model, fretted and fretless.
[/ QUOTE] It's missing from my fretted Passion.
Zum Vergrößern anklicken....

My Passion one has it.

Withdrawn. I can’t do it. Please delete.

I just can’t do it. I love this bsss too much. Withdrawn. Cheers.

Have they got the numerals back to front, never heard of a Passion VI.

kodiakblair schrieb:
Have they got the numerals back to front, never heard of a Passion VI.

I own a Vigier Passion 6-string in blue and a Arpege Custom 24 frets in burgundy red (+ two five string Passion), as mentioned earlier. Fantastic basses, produced between ~1993 to ~2000, serial no's count from 1 to under 30 (for each series, Passion VI and Arpege VI). Pricewise they seem to have doubled over the last years.

Are you sure? I thought Passions are at IV, not VI. Otherwise I missed two relaunches.
Edith: I think @kodiakblair refers to the series, not the number of strings

Bassmanische Beutelratte schrieb:
Are you sure? I thought Passions are at IV, not VI. Otherwise I missed two relaunches.
Edith: I think @kodiakblair refers to the series, not the number of strings
Zum Vergrößern anklicken....

All 6-strings ever made are Series III also the one advertised. This one is identical with mine, definitely Series III, build in the nineties.
I asked the shop for the serial no. for I then can identify the day when it's been made.

To my knowledge Series IV indeed is the latest. However there seems to be some confusion:

I also own a 2001 Passion 5-string which has different bridge than series III (i. e. mono rail) and a moderate electronics update (yet still parametric).
Some friends identified this one to be Series IV, but I would count it as an III-update version. It sounds a little different compared to the former III Series.

The later "official" Series IV is completely different in electronics, pick ups, has bold on instead of neck thru, has a modified body shape and after all unfortunately has more weight. Available as 4 and 5-string. I had one, but gave it back since I prefer the series III over the IV.

Since the Series IV also has gone thru some minor modifications (mono rail replaced by solid block bridge, new colors) some shops offered the modified Series as "Series V" in the past... but the main build still is Series IV. Bassdirect offers both version aside as "IV".
Zuletzt bearbeitet: 9. Februar 2021